The Advantages of Scalable Edge Computing

The definition of the “Digital Edge” is a physical point where people and things connect to the networked digital world. “Edge Computing” is a distributed computing architecture that puts information processing (Data Entry, Storage, Compute, Point of Sale, etc.) close to the Digital Edge. In other words, data gets processed CLOSER to a user’s device instead of remote processing on Cloud.

In the beginning, there was One Big Computer, we connected to that computer using dumb terminals. Next we had personal computers, which was the first time the hardware that did the work was distributed. Now, we’re firmly in the cloud computing era. Many of us still own personal computers, but we mostly use them to access centralized services like Dropbox, Gmail, Office 365, and many others which are able to provide us data from anywhere at any time.

As streamlined as this sounds, a large percentage of companies rely on the infrastructure, hosting, machine learning, and compute power of a select few cloud providers: Amazon, Microsoft, Google and IBM. Most new opportunities for the “cloud” lie at the “edge.” 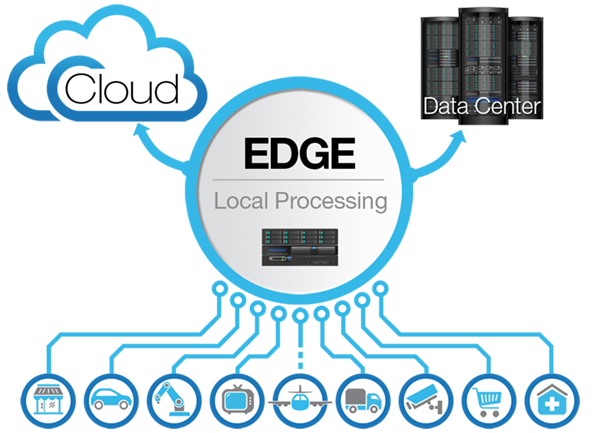 For the sake of discussion, we will now define an “Edge Solution” as a server cluster that has been brought out to the edge. Why would anyone want to do that? There are number of reasons:

As more devices communicate, there are more and more opportunities for security vulnerabilities to appear. Some IoT devices are low-level and do not have the power to encrypt, nor have the infrastructure to update. The edge device can solve these challenges by communicating across protocols and they can build security into simple protocols. While the IoT device may transfer information a short distance over an insecure protocol, the transmission to the internet is protected both at an access layer and an encryption layer. An edge device that brings true value to an IoT ecosystem makes it possible for all of these devices to behave in their normal usage patterns while securely sharing data and interacting with one another.

Without a round-trip to the cloud, data latency is reduced, lowering the time it takes to gather actionable insights from that data. Ideally, there should be no latency, but for the most part some form of latency always occurs. Even worse, there’s a chance that the connection can be lost entirely. For mission-critical functions, latency is intolerable and you must compute on the edge. Without edge computing, if the internet or the corporate data center is down, edge devices lose their umbilical cord and compute power causing everything to come to a grinding halt.

The branch doesn’t want to be dependent on the corporate data center being online to conduct business at the Edge. It is also undesirable to have the Edge as a single point of failure. This makes it necessary to bring a scaled down version of the corporate data center cluster to the Edge. Obviously, it has to be affordable, and it has to be easily maintained remotely by vendors for upgrades and maintenance because of limited IT resources at the edge. The Edge solution also needs to include the backup and DR capabilities of the corporate datacenter. Ideally, the entire active storage pool at the edge is continuously backed up, both premised based, and in the cloud, and can be easily cloned and made active in the event of an outage.

Edge computing enables manufacturing equipment and other smart devices to operate without disruption even when they’re offline or internet connectivity is intermittent. This makes it an ideal computing model for businesses that count on the ability to quickly analyze data in remote locations such as ships, airplanes, and rural areas—for instance, detecting equipment failures even when it’s not connected to the cloud. There are also cases where the internet is slow, like tier-2 markets, where the slow or irregular connectivity can negatively affect the user experience.

Sending data from edge devices to the cloud or data center can use an overwhelming amount of bandwidth. Eliminating the need to send data back and forth can notably diminish that drag. Many companies simply can’t handle the bandwidth required by IoT and edge devices. For example, if you have one security camera, you can probably stream all footage to the cloud. If you have a dozen security cameras, you have a bandwidth problem.

Edge computing allows mission critical data to be processed and analyzed closer to the edge device, reducing the amount of data that flows back and forth between the cloud and the edge of the network. Businesses can select which services run at the edge and what data is sent to the cloud, lowering IoT solution costs and obtaining the most value from their overall edge solution.

Edge computing will complement rather than replace cloud computing. Most businesses will use a combination of both depending on the problem at hand. The Edge solution completes the cloud—processing some data locally, and sending some back to the corporate data center, the cloud and DR data centers like Azure, AWS, COLO, etc.

There is literally a revolution that is occurring, IoT technology is quickly arriving to make our world more connected and seamless. Expectations for speed and performance will continue to expand while the demand for real-time from users and machines will multiply. The first steps from cloud-based platforms are just the beginning of achieving these goals. Gartner Research forecasts that there will be 25 Billion IoT and Edge devices by 2022. Today’s network equipment is barely capable of moving data from your homes and businesses to a cloud, execute the process on multiple servers and send back a response in an acceptable time. To achieve the real vision for IoT we must embrace both the servers and edge requirements. We must build fast, integrated and cost-effective edge solutions. 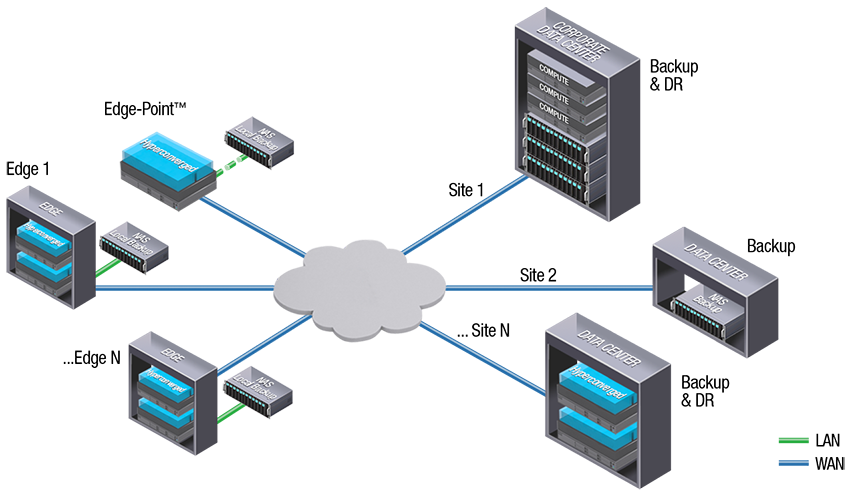 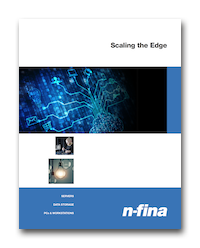