Why Mid-Size Enterprise Should Consider a Hybrid/Multi-Cloud Option

A small percentage (~10%) of users have moved to the public hyperscale cloud for four main reasons:

The fourth item is obvious, and the public hyperscale cloud is the clear technology of choice. However, the first three items have major drawbacks that have caused the mid-market buyers to pause and look for other alternatives and solutions. Let’s examine the problems with the first three in the list.

If you have hardware in-house, you must update and maintain software and firmware on devices, firewalls, Ethernet switches/routers, motherboards, PCIe add-in cards, drives, etc. These tasks are very detail-oriented and furthermore, they are:

Obviously, if you can eliminate the in-house hardware, all these tasks go away right? Not so fast. All that has been accomplished is the outsourcing of these tasks to another team. The cost to outsource the hardware servicing will now be marked up and charged back to you. Also, who knows if they really do it, and on what schedule? The hyperscale cloud is 10x the cost of the on-premise hardware.

This function can also be outsourced for a fraction of the public hyperscale cloud. Nfina Technologies provides MSP services on the hardware and private cloud systems we sell, so you get the same functionality at a reduced price. This is the HaaS (Hardware-as-a-Service) part of any Hybrid and Multi-Cloud solution. 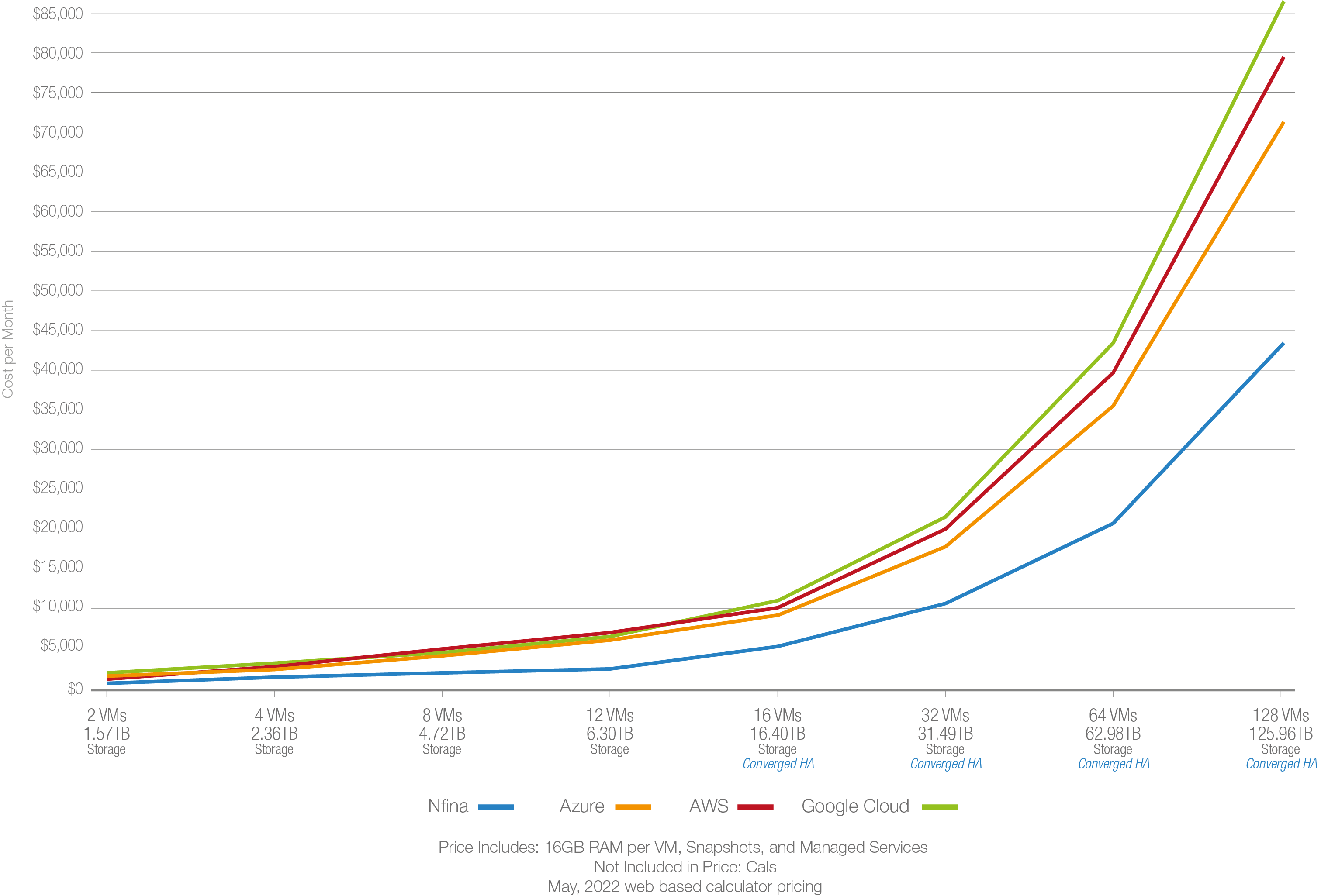 Everyone knows that the public hyperscale cloud offering has a cap-ex (Capitalization Expense) vs op-ex (Operational Expense) advantage. But does it cover the differences in the cost to the Enterprise? That answer is a resounding NO! The public hyperscale cloud is 10x more expensive than an on-premise private cloud over a 5-year period. The rule of thumb is the hyperscale cloud providers pay for the hardware within the first 4 months of the contract. That means you pay for the hardware three times over, in the first year! The cost savings from op-ex tax treatment won’t even begin to cover that expense in the 3 or 5-year program.

Now which one looks cheaper?

Sure, you’ve received an $800,000 tax write-off over three years, but at what impact to your cash and profits?

Even at a 30% corporate tax rate, the hyperscale cloud projects a negative cash flow/profit deficit of $560k with respect to on-premise. In this example, the on-premise option is much better for cash flow and improves profits by a whopping 560%. If we extend the deal to 5-years, you are closer to -10x.

Outsourcing of IT Management

Every team is resource-limited, and the debt resources require to support moving to the cloud is quite high. This is why experts say that Midsize Enterprise companies should outsource this expertise and let someone else handle the heavy lifting.

Furthermore, Nfina’s approach provides rack-and-stack, setup, validation, migration, and runtime management, and remediation over the life of the contract. Also included in the price is expert OEM hardware updates on all your IaaS (Infrastructure-as-a-Service) equipment.

When comparing IaaS and public cloud companies do your due diligence. Ask yourself, what services and features do I need right now? Do I start small and scale up as my business grows or go all in? Ask about their disaster recovery services and how long it will take to restore your data. Calculate the lost revenue that you could incur if your attacked by ransomware or a natural disaster. Talk to each company and get comparable quotes for one, three, and five-year pricing. 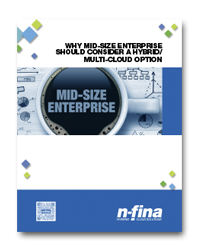